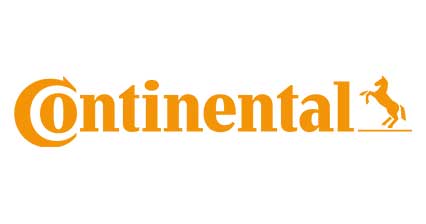 PORT ELIZABETH, South Africa, 09 November 2016 -Continental Tyre South Africa (CTSA) is proud to announce its partnership with The Herald newspaper in Port Elizabeth as joint title sponsor for The Herald Continental Cycle Tour for the next three years.

The 2017 race will be the 32nd edition of The Herald Cycle Tour, the second oldest cycling classic in South Africa and the biggest in the Eastern Cape, incorporating road, mountain bike and children’s races. It is scheduled to take place over two weekends, starting on Sunday 19 February for the mountain bike race, followed by the road races on Saturday the 25th and Sunday 26 February.

“We are delighted to partner with The Herald Cycle Tour with a three-year deal from 2017 to 2019,” says Niel Langner, Marketing Manager for Continental Tyre South Africa. “We hope to grow this fantastic event even further, while building on our strong association with the cycling community.

“The Herald Continental Cycle Tour is one of South Africa’s most popular cycling events, and provides the ideal showcase for our cutting-edge German technologies in both passenger car tyres and bicycle tyres, which are recognized as industry leaders in their respective segments.”

One of Continental’s core technologies is the Black Chili compound, which provides superior grip on any road surface, providing tangible benefits in performance and safety. Black Chili is used in the SportContact 6, which is its most advanced ultra-high performance car tyre ever.

Continental is also extensively involved in mountain bike racing internationally, with some of the top names in free-riding, trials, downhill racing and enduros competing on Continental tyres, including the likes of Danny MacAskill, Sam Pilgrim, Andreu Lacondeguy and Kenny Belaey.

On the local front, Continental Tyre SA partners with the Fat Tracks Mountain Bike Club in Port Elizabeth, which is the oldest mountain bike club in the country and organizes races and social rides throughout the year.

“Aside from performance, Continental is also making significant strides in road safety through its Vision Zero initiative,” Langner says. “This is a long-term global programme that combines Continental’s various automotive and rubber divisions, along with strategic partners to develop solutions to reduce and eventually eliminate road traffic collisions, injuries and fatalities. Accordingly, this ties in perfectly with the cycling community to make safety a priority for all road users.”

In order to expand The Herald Continental Cycle Tour next year, a new format has been adopted which sees the action split over two weekends. The mountain bike event, based in Addo, takes place on Sunday 19 February and caters for Toddlers (500 m), Kiddies (5 km) and three main races over 30 km, 60 km and 80 km distances.

For the road racers, the route remains unchanged from last year, but the programme now incorporates a Corporate Challenge along with a Team Relay (2 x 20 km) on Saturday 25 February, plus the 2 km Kiddies and 500 m Toddlers races. The feature events on Sunday 26 February comprise the 55 km and 106 km races.

In addition to the new format, which now allows cyclists to compete in the mountain bike and road events, The Herald Continental Cycle Tour has a new venue for 2017. The bigger and better race village will be located at Pollock Beach, providing improved facilities and allowing most of Marine Drive to be opened for traffic from 09:00 instead of 14:00 as it was in previous years.